Having been in business since 1980, Carey Ann's Clown Caravan has a reputation for creating some of the most memorable and fantastic themed children's parties, concerts and special events!  Our goal is to create the most spectacular parties filled with fun that everyone can enjoy, no matter what their age.

Our entertainers are an energetic, dedicated, and creative bunch that really enjoy what we do.   Whether planning a big surprise party or a themed event for the entire neighborhood, school or business venture, our planning team knows just how to put everything together perfectly.

There really is nothing better than being able to make people smile and watch them having fun!

Carey Ann's Clown Caravan is a troupe of entertainers personally trained by Carey Ann to perform for parties, schools, fairs, festivals, picnics and special events.  Each entertainer has earned Carey Ann's confidence in their ability to entertain and care for children.

Roland and Carol Ann Owens are a husband/wife team, parents, grandparents, community activists, motivational speakers and performing artists.  Together, their multifaceted talents for telling stories with a touch of music, magic and puppetry have made this team sought after by educational institutions, and business and civic organizations.

Entertaining both nationally and internationally, this duo captures the attention of all ages with their Family Concerts School Assemblies.

Carol Ann has been performing as "Carey Ann the Clown" for thirty years, and she has also taught students at her Gotta Dance Studio prior to and during her clowning years.  This experience, along with her formal education, has provided Carol Ann true insight into children of all ages.

Roland, aka Mister Ro, was a folk singer in the sixties performing throughout the Detroit metropolitan area .  In later years he formed the band Phantasy Express.  In 1995, Mister Ro joined Carey Ann as an entertainer for all generations!

Carey Ann has introduced the art of clowning to many adults through her years teaching "Clown Academy 101" at both Waynce County Community College District and Henry Ford Community College.  She brings a whole new vision to the term "Class Clown"!  Carey Ann currently teaches Clown and Balloon Workshops for hundreds of children annually.

The clown has the power to cross barriers of race, religion, demographics and age! As scuba divers Carol Ann & Roland have brought their characters to the Bahamas, Cozumel, Cancun and Bonaire. There is no language barrier for these entertainers when it comes to sharing their music and magic!  Visting school children in Cozumel became a favorite stop during their travels.

Even the dolphins in the Bahamas shared some fun time with Carey Ann!  With flippers and mask Carey Ann certainly becomes a very unique Clown Fish! 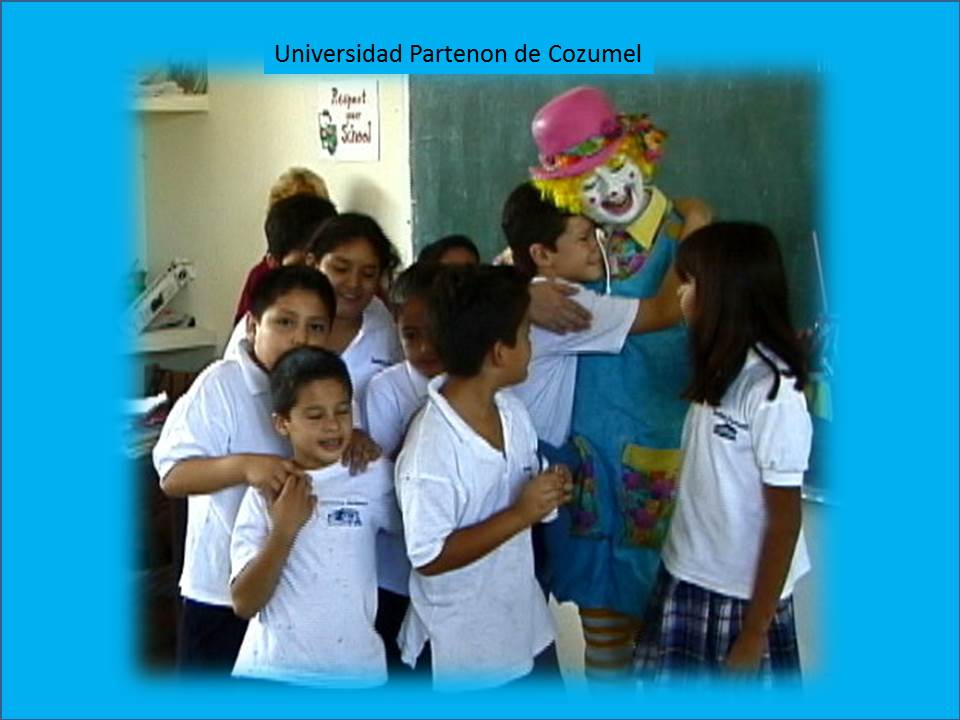 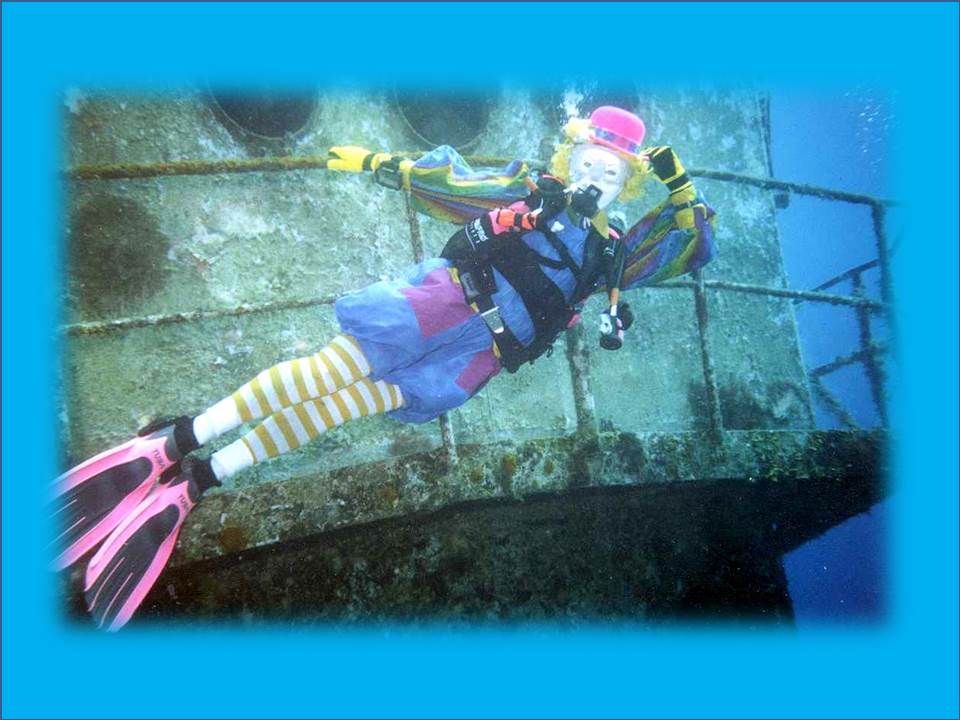